You are fired. Really? A Blog by Jeremy Walford

I generally claim to not watch much television. The youngest member of the family always feels she can add to my education and being a smart 13 year old found what she felt would be a Jeremy friendly television programme that we could watch together on Thursday nights when I am, nominally, in charge.

Business. Alan Sugar.  That should do the job, she figured.  And so Thursday nights at the end of 2015 (with a few missed, courtesy of emergency home work for one of us – normally me) generally included an episode of “The Apprentice”.

And, of course, she is right (she normally is). “The Apprentice” is captivating TV and by the time we caught up with the final last weekend, I had become genuinely engaged and quite hooked.

So how does Middleton Hall compare with The Apprentice? My shoes are perhaps a little less shiny than Lord Sugar’s shoes as they emerge from his Rolls Royce.  And my choice of car is rather more humble before you ask (although even if I was as wealthy as Lord Sugar, I would certainly not be rolling up to work in a Roller).

Wandering around Middleton Hall there is a distinct lack of standing to attention and should anyone address me as anything more formal than “Jeremy”, I would worry there was a major problem. The line-up of candidates for the task each week in The Apprentice and remarkable deference shown (“Good morning, Lord Sugar”) is reassuringly absent at Middleton Hall. There is even a lack of hush when I appear.  But then again, I am not known for wandering around pointing at people and saying “You’re Fired”.  I might spend more of my Thursday evenings reading up on Employment Tribunals if that was my habit.

There did not appear to be a single candidate who appeared in the programme who we would actually trust to employ at Middleton Hall.

So does The Apprentice compare with the way any British company is run? I hope not.  And I sincerely hope that no one is watching it as part of their training – from either side of the fence.

Alan Sugar is apparently aiming to recruit a creative, driven person bursting with entrepreneurial ideas. Middleton Hall aims to employ creative, driven people with plenty of ideas and the attitude to make a difference.  An environment to encourage ideas and change from all levels is unlikely to develop when people are openly criticised and critical of each other and the boss is, well, bossy.

Fortunately, Tamsin has visited Middleton Hall enough to realise The Apprentice is purely a TV show rather than business reality. So I am not expecting any deference at home.

But I may well watch it in the future. For entertainment.  Not training.

Tamsin meanwhile is planning ahead. I noticed her scrutinising Dragon’s Den on BBC iplayer earlier this week.  So that’s how to relax people to present their creative ideas…. 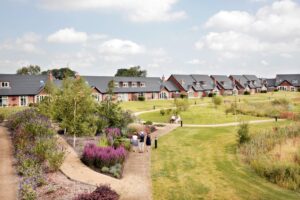 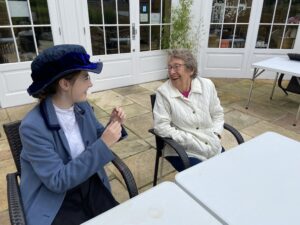 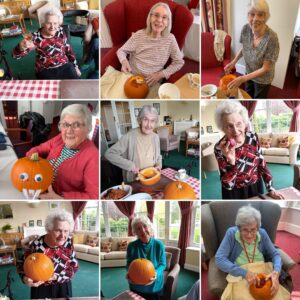 Make the most out of life in our friendly village community with its wide array of amenities and activities. 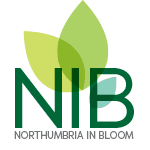 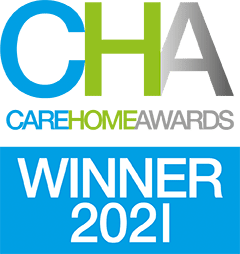