Retired professional artist Doris Manning is making the most of facilities at Middleton Hall Retirement Village where she is currently staying.

The well-travelled Stockton resident made a point of always swimming in the sea wherever she went on holiday with her late husband Dr John Manning. Since he died about 13 years ago however she hadn’t ventured into the water.

So she was delighted to find that her new home had a pool – and an encouraging fitness instructor, Alister Douglas, Middleton Hall’s Healthy Living Coordinator, who accompanies her into the water every Wednesday – including the week in which she celebrated her 102nd birthday!

“The water does you so much good,” she says. “I used to swim quite well but in recent years had forgotten how to. Alister is helping to remind me just how enjoyable it is!”

“You’re not dead when you reach 90 you know – you can still keep fit. And you can go in water at any age!” laughed Doris. “Alister is so enthusiastic – it means you do more for him than you would anyone else.”

“Whenever I saw the sea, I had to get in! And not just in warm climates either. I have swum off the coast of Norway and Sweden too.” Doris recalls.

“My grand daughter in Cumbria is a champion swimmer and she calls me and says ‘keep it up Granny!’”

As a professional artist, Doris painted in oils and particularly enjoyed capturing scenes from the North York Moors. She started painting almost 60 years ago and her work has been exhibited on Teesside, in Darlington as well as London and Paris.

Alister Douglas says that Doris is an amazing lady. “She makes full use of the support we are able to offer at the Spa and it’s an absolute privilege and pleasure to be able to assist her,” he said.

“Doris is a wonderful example of what people can do if they are given the opportunities.”
Doris was born in London on November 21st, 1907. She moved to live in Hartburn in Stockton in 1931 after marrying her husband Dr John Manning who worked at Synthetic Ammonia and Nitrates Ltd in Billingham before it became ICI. 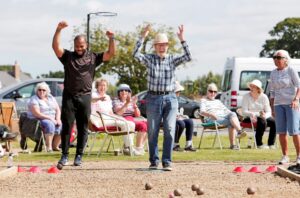 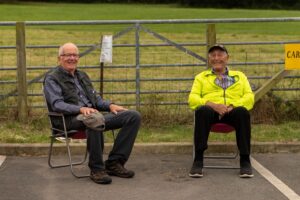