‘Jewellery Rocks’ is a collection of handmade jewellery from Dr Les Simpson, a resident from The Waterside here at Middleton Hall Retirement Village. Les has been making ceramics, pottery and jewellery as a hobby for the past 15 years and has continued throughout the pandemic. This collection contains pieces made throughout the 2020 lockdowns where Les worked safely in isolation. 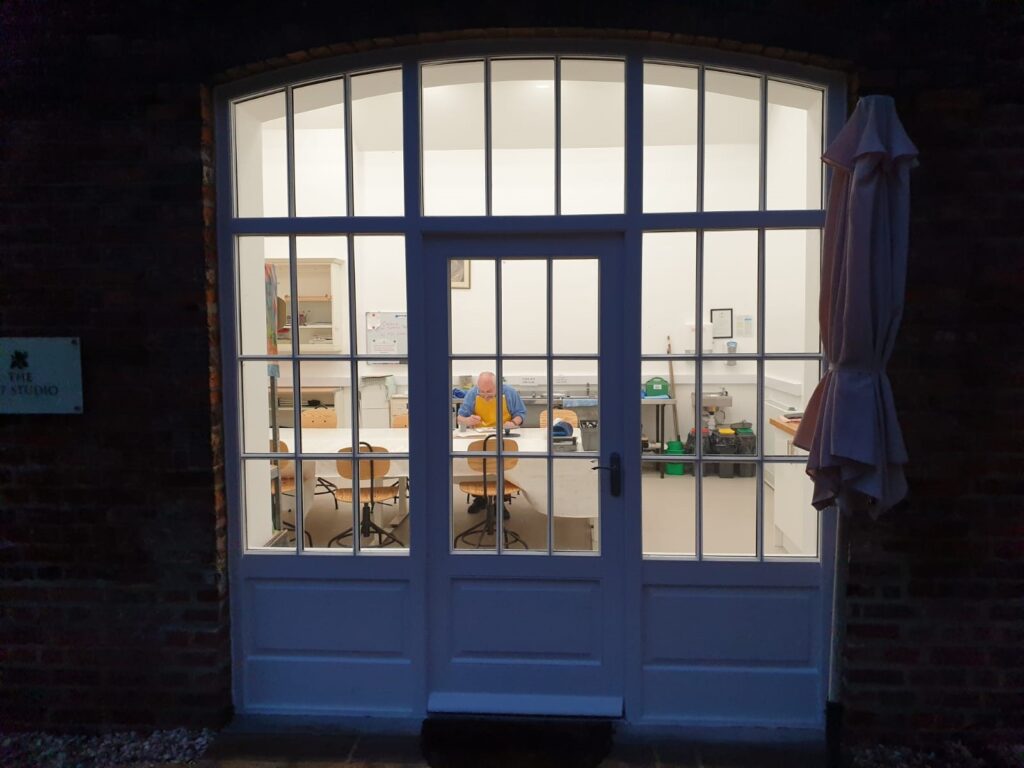 Most of the jewellery featured in this collection was made in Middleton Hall’s purpose-built Art Studio which is available for residents to book and use. Les himself regularly offers guidance to his fellow residents helping to uncover their own passion for creating ceramics and jewellery. Various ceramic artists who have visited the Art Studio on a visit to Middleton Hall have been envious of the facilities on offer for all residents.

Les is frequently inspired by nature which can be seen in these pieces as well as other pieces showcased around the village. This includes the ceramic plaques which are on display at our Reflection area on the Woodlands Walk around our scenic grounds which you can read more about here: https://www.middletonhallretirementvillage.co.uk/plaques-created-for-reflection-area/

Video Narration is as follows:

Ceramic manufacture often involves the creation of items which are functional and decorative – for example, vases, cups, plates. However, In the case of jewellery, items are purely decorative and worn for personal adornment. For example, brooches, necklaces,and earrings. And these were produced as long ago as 100,000 years using materials such as shells and other plant material. In due course, gemstones and precious metals were used, and even  coins were incorporated into the piece of jewellery.

When the science, or craft, was developed for producing pots by using various clay bodies, then this became another material that could be used to produce jewellery. There are tens of thousands of commercially available clay bodies, and I generally use a porcelain clay which is a mixture of china clay and other silicate minerals. Again, there are many forms of porcelain, but when fired in a kiln they all become very hard and translucent when sufficiently thin.

The combination of a decorative ceramic piece along with semi-precious stones and beads, silver or gold, or even decorative glass beads such as those manufactured by Swarovski, allows one to become very creative in terms of combining them all together as shown in some of the photographs.

Although I am often inspired by the natural world and history to design a particular piece of jewellery, my primary aim is to produce something that is pleasing to the eye. To help the appearance of the fired clay, various glazes or gold and silver lustres can be applied by brush or dipping the article. As an example, there is an ammonite mounted on a clay and gold lustre body which is in the form of a brooch, and this is in one of the photographs. Also, there is a ‘Celtic’ style pendant, again using porcelain plus a gold lustre. Small garnet beads, moonstone, Baltic amber, onyx and white opal stones have been included in the piece. Its also possible to upcycle old pieces of jewellery and in one piece three different pieces were used to produce the ‘born again’ necklace.

In recent years I have experimented with cold enamelling, which is basically a pigmented epoxy resin, which is again used to decorate various pieces. It gives a very glassy appearance.  Examples of this technique are show in the photographs where earrings are on display, and in other images there are various necklaces which have been treated using the same technique.

Jewellery will always be with us since people like to make themselves attractive by wearing it, it reminds us of other people who used to wear it for example Grandma’s old bracelet, necklace or ring, and it’s a sign of wealth, and of course it can be an investment.