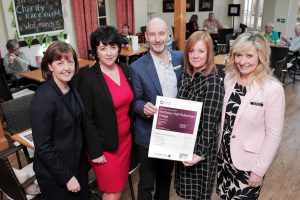 Although not any sort of rugby expert, I do enjoy watching Rugby Union. The Six Nations has been interesting this season – England’s winning run equalling the world record and Scotland appearing to provide serious opposition. Until they met England on Saturday at Twickenham that is.

England have extended their winning run to 18 consecutive wins and if they beat Ireland next Saturday will have achieved back to back grand slams in the Six Nations. Interestingly though, for most of the Six Nations they have not actually played terribly well.   In some matches they barely turned up for the first half. Despite that they keep winning, which is perhaps a sign of a good team.

On Saturday, they managed to turn up for both halves and Scotland’s new found pride did not last long (nor that of their female counterparts after an equally uncomfortable encounter against the potential grand slam winning England Women). England suddenly looked like real champions. Comparisons with the New Zealand All Blacks may seem premature (beating the All Blacks is not, yet, part of their winning run). However, there are some parallels with the 2003 World Cup winning side.

England won the 2003 World Cup for many reasons. One of those reasons was the drive, leadership and determination of captain (Martin Johnson) and the vision and planning of coach (Sir Clive Woodward). One of Clive’s catch phrases was “Getting Better Never Stops”.

Having previously written about the All Blacks’ values in my blog, another Rugby/Middleton Hall comparison springs to mind.

As a result, we received a visit from Debbie Westhead (Deputy Chief Inspector, CQC) last Thursday and also met Andrea Sutcliffe (Chief Inspector, CQC) at an awards dinner that evening. Both asked me how I felt about our outstanding achievement. I said that, in honesty, I had mixed feelings about it. Because I am worried that people might confuse this achievement with being the destination rather than a step on the journey.

You see, I truly feel that Middleton Hall can improve much further and that we still have far more work to do.