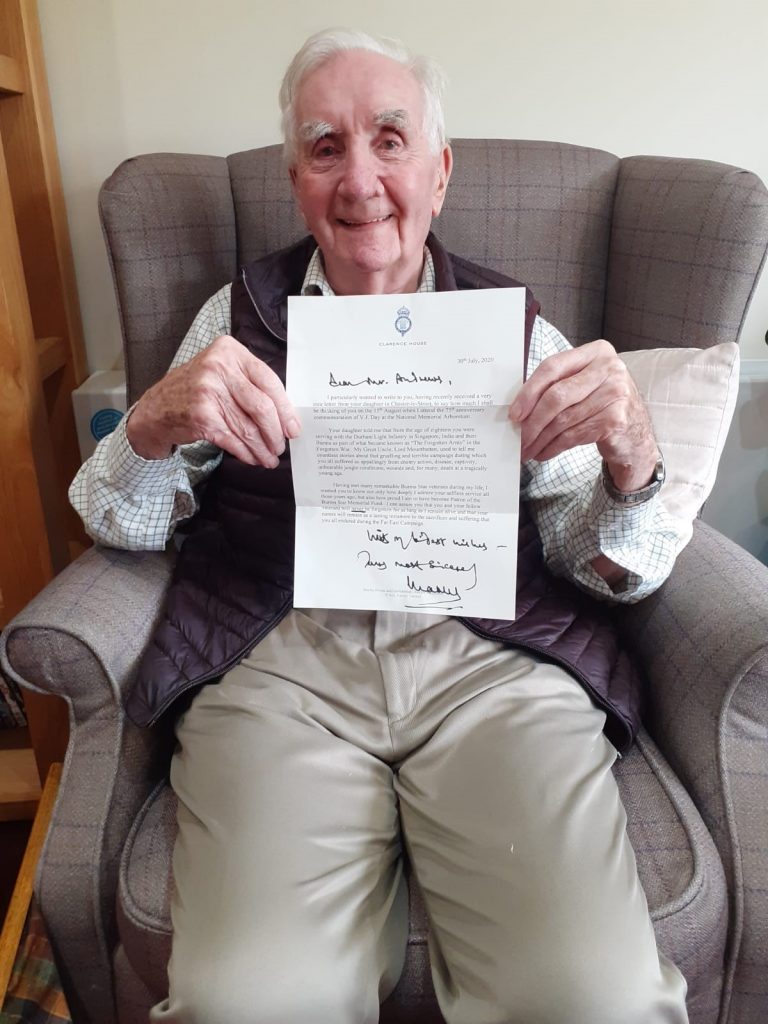 Our Supported Living Resident Mr Ken Andrews received something special this week. Ken’s Daughter Margaret wrote to His Royal Highness the Prince of Wales about Ken’s time in the Durham Light infantry and the “Forgotten Army”. This was very emotional for Ken and he was very touched to receive this letter from Prince Charles. He received his Burma Star medal a couple of years ago, so this was a lovely tribute. We will help him remember on the 15th August when we will celebrate the 75th Anniversary commemorating V.J. Day. 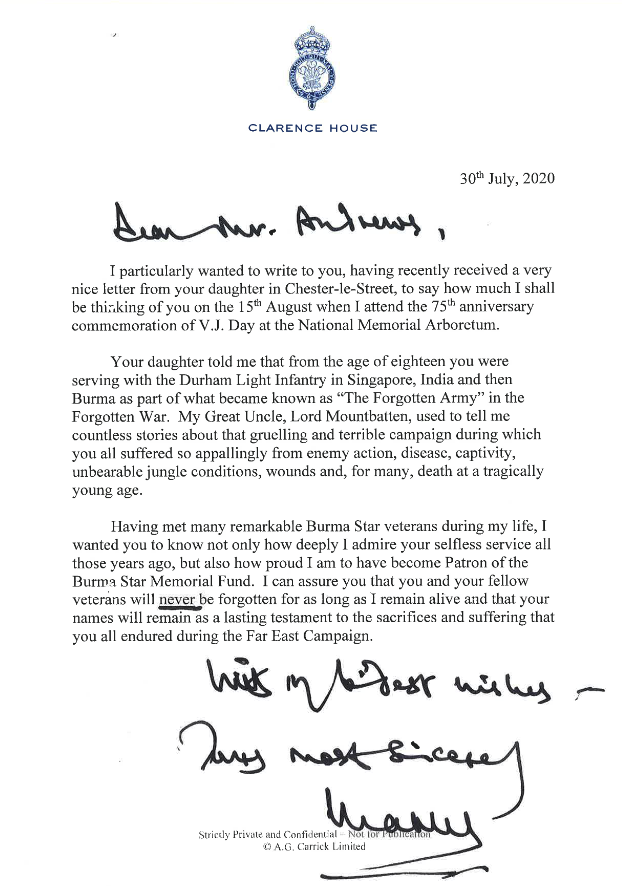 Ken has fond memories of visiting India, Burma, Malaya and Singapore, and can tell you many stories. 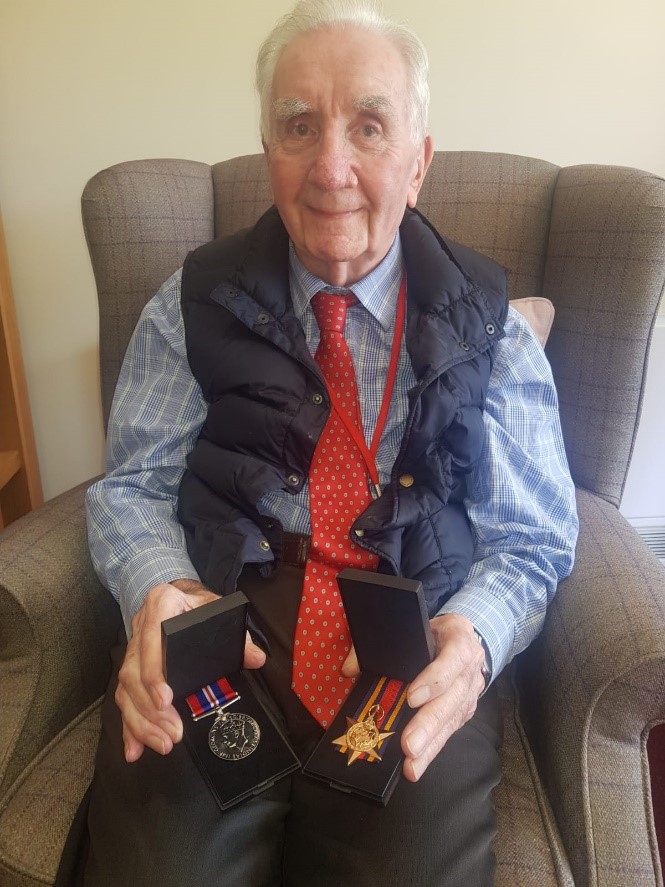 Ken originally joined the Royal Airforce, having started in the Royal Airforce cadets. When he was a young boy he loved the thought of flying, however when the war broke out he was called up to the Army, so that was where he served his time. 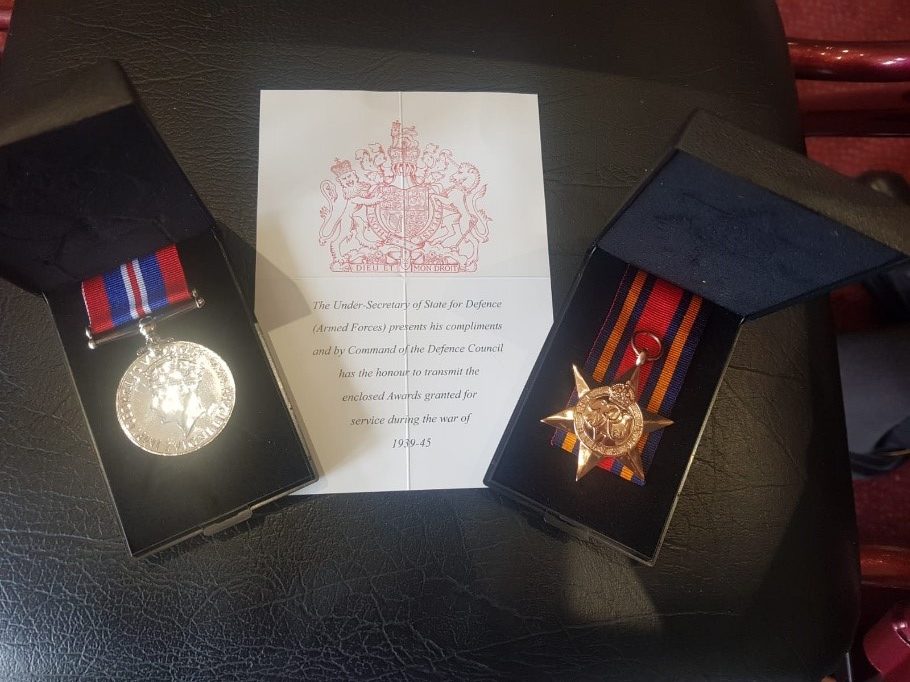 The First Medal on the Left is a War Medal and the Second on the Right is the Burma Star Medal.